When There Is a Shift in Technology, Opportunity Abounds 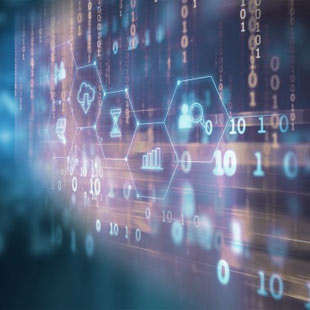 I met my wife at a small record store in Lynnwood, Washington, in 1979. If you ever saw John Cusack’s film “High Fidelity” you know what this store was like. For me, a serious record collector, it was the most fun I ever had working. I read liner notes all day, played the records I liked and talked with customers for hours about music. What a great gig.

On a recent flight to Chicago I watched a documentary film by Colin Hanks (Tom’s son) entitled “All Things Must Pass.” It was a fascinating story of the rise and fall of Tower Records. It is, quite simply a cautionary business tale. Documentaries are the non-fiction of movies. For any Baby Boomers who grew up in the 60s, this story will resonate and bring back a flood of memories. The central theme of this story is however, “Change or Die!”

In 1999, Tower had revenues of over a Billion Dollars! By 2004, it filed for Bankruptcy. The charismatic and charming founder, Russ Solomon is interviewed extensively. It’s a little like attending a living funeral. In 1961, Tower Drugs in Sacramento, California, began selling used 45’s and the business took off. It was truly, “Find a need and fill it.” It quickly became “The place to work:” no dress code, family atmosphere, work hard, play hard. Clerks were music snobs — smart, rude and opinionated.

As the company quickly expanded to San Francisco (at the corner of Columbus and Bay) and eventually Los Angeles on Sunset, business boomed. The Beach Boys released LP’s that changed the landscape of the buying public. “Stack ‘em high and sell ‘em low” became their motto. Huge inventories and a well-informed staff — it became a hangout for serious and successful musicians. Bruce Springsteen called it “A lost boys club.” Almost every day, you could spot famous musicians in the stores buying records. Serious audiophiles and collectors could be seen listening to albums, reading liner notes and socializing. In a very short time, the west coast was dotted with Tower Record stores. Eventually a flagship store was opened in Tokyo Japan!

Size is no guarantee of success. Natural Selection has taught us only the paranoid and adaptable survive. History is replete with similar cautionary tales: Ford vs. GM, Blackberry vs. i-phones, Amazon vs. Book Publishers. When there is a shift in technology, opportunity abounds. In nature, as in business, the smart take from the strong. The nimble soar past the mighty.

Some quotes for thoughts:

“Change is the law of life. And those who look only to the past or present are certain to miss the future.” — John F. Kennedy

“The only way to make sense out of change is to plunge into it, move with it, and join the dance.” — Alan Watts

So what is my point? Regardless of the size of your business, or in what industry you find yourself, there are certain questions leadership must ask in the basic aspects of business, sales and marketing, distribution, manufacturing and innovation, and service:

They were able to do that for the exact opposite reason Tower Records failed:

I miss going to record stores like Tower. It was so much fun to read liner notes, talk with the snobbish but well informed clerks, and leave with a smile on my face knowing I am going to enjoy some new tunes. Oh well… Maybe I’ll just download George Harrison’s LP with “All Things Must Pass” and reminisce on i-tunes and brag about my purchase on Facebook. Urgh! It’s just not the same. When something is gained, something is lost.

I need to remember, “Change or Die!” How about you?